FIRST STEP Act, a bill currently in the U.S. Senate, seeks to reform the criminal justice system through different programs that 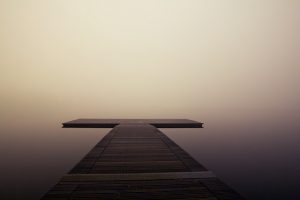 This is the problem with certain members of the Senate Republican caucus who are part of the “Tough-On-Crime” platform. The biggest challenge with this mindset is that their premise is not supported by research and empirical facts. There is no such thing as a ‘low-risk violent sex offender’ who deserves earlier release than under current law,” Cotton wrote in an emailed statement. This belief has not been backed by clinical research nor Justice Department Data Analysis on recidivism. Cotton wields sex offender report to tank prisons bill

The report mention above is a group of letters to Senate and House leaders from various law enforcement groups and has a lot of opinions not supported by citations or sources to back the claims the author presents. The general consensus appears to be that, notwithstanding other criminals, sex offenders should not be allowed early release and other benefits from the Act. The one-size-fits-all approach to sex offenders is at the forefront of these protests regardless of the fact that not all sex offenders present the clear and present danger to society that these groups are asserting.

Direct your attention to this article appearing in the National Review titled The Truth about the FIRST STEP Act and subtitles Tom Cotton’s criticisms of the bill do not survive scrutiny.. To go to this article, click this link.

To read the letters sent to congressional leaders from Law Enforcement Opposition, click here to open the PDF file.

This is the time for a clear Call-To-Action for family and supporters of rationally based programs for the criminal justice system as a whole and especially the laws affecting sex offenders. Contact your respective representatives in the U.S. Senate and let them know that you support the Act in its current draft.